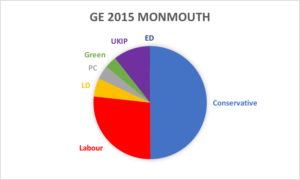 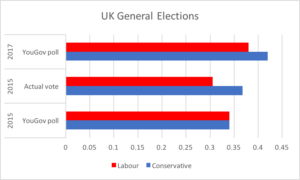 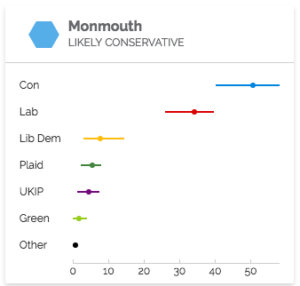 A friend was having a quiet drink in a pub when he was approached by a couple of guys who tried to persuade him to buy a car. They kept pointing out all the problems with his old car, and it was true, there were quite a few scratches and it needed a bit of work doing to it, although it was a very reliable car and kept my friend and his family safe on the roads. But these two salesmen kept telling him how much better the new car would be and how much money he would save, although they couldn’t give him many details about the car itself. They were witty and persuasive, and eventually my friend said ok, I’ll buy your car. Great, they said, you can pay for it when its ready. It will take a couple of years to sort out, and we don’t actually know what it will look like or how much it will cost, and it probably won’t save you any money – in fact it will probably cost quite a bit more than your old car, but hey, you’ve agreed to buy it so you can’t back out now. Hold on, said my friend, I said I wanted the car you described, not just any old banger – I’ll wait and see it before I finally make up my mind. Too late, said the salesmen, we will deliver your new car in two years and take away your old one, and there’s nothing you can do about it.

And that’s pretty much what Theresa May, David Davies and the rest of the Conservative Party are telling us about Brexit. We don’t know what agreement she will negotiate with the EU, but she wants us to accept it anyway – a blank cheque with no discussion, no vote, no democracy. If elected, Green MPs will demand that the British people be given a chance to vote in a referendum once they have seen the Brexit deal negotiated with the EU. That referendum will give the public a clear choice: accept the deal, or remain in the EU and work with our European neighbours to make it better. So if you want a proper say in our future, free of spin and the facts laid out in front of us, then vote Green. 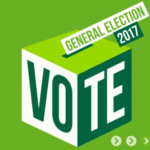 I was recently contacted by a potential voter who, frustrated by our undemocratic electoral system, was agonising whether she should vote for what she really wanted, or vote tactically in an attempt to stop David Davies being re-elected in Monmouth. She asked what is to be gained by voting Green if our chances of success in Monmouth are slim. In my reply I came up with five reasons no vote is wasted and every Green vote in 2017 is important:

So a Green vote is always meaningful and important, despite the outcome of this particular election (and I’ve not given up on winning on June 8th!).

On the question of whether to vote for what you believe in or vote tactically, you need to consider how realistic is the prospect of Labour’s Ruth Jones defeating the Conservative David Davies. In 2015, Davies received 23,701 votes and Jones got 12,719. It is possible for Ruth Jones to win but it would require a very large swing. So if she doesn’t win, is a vote here for Labour wasted? Would a Green vote count for more?

Only you can decide how to cast your vote, and best wishes for whoever you decide to vote for on the 8th.

I have received several hundred emails from voters in the Monmouth constituency asking my views on a range of issues. By far the largest number of these have concerned fox hunting and the Conservative plans to overturn the ban and resume chasing defenceless animals and tearing them to death for fun.

Let me make this clear. If elected, I will fight for the ban to be strengthened not repealed. I will support measures to deter and prosecute animal cruelty and promote animal welfare. I will protect our wildlife.

The Green Party is the only party to have an Animal Manifesto – it can be downloaded here. If animal welfare is important to you, then your only choice is to vote Green.

It’s the elephant in the room that none of the other parties want to talk about. If we don’t reduce the amount of carbon being burnt, then our planet will heat up causing catastrophic climate change. The seas will rise, crops will fail, extreme storms and droughts will become more common.

This is not inevitable. The solutions are simple. We can generate our energy from the wind, the sun and the waves, as well as making our homes, factories and transport systems more efficient so we don’t need so much energy. After lots of difficult negotiations, countries got together in 2015 and agreed to do just that.

But for some reason, the Conservative government seems determined to ignore that agreement. Through its actions over the last two years, it has shown that it is more interested in preserving the profits of the big fossil fuel energy companies that it is about our future. It has slashed support for renewable energy and given the go ahead for ‘fracking’ to extract more fossil fuels from under our homes and parks, risking the safety of our water supplies. It has committed billions to building a new nuclear power station just 40 miles from our constituency that will take decades to complete and will produce electricity that is more expensive than renewables.

David Davies has repeatedly ignored the scientific evidence, denied climate change and blocked attempts to reduce carbon emissions. Monmouth doesn’t need an MP who buries his head in the sand. As a science graduate, I understand the urgency of the problem and can see what needs to be done. I am committed to resisting the vested interests who put their profits before our children and taking action to build a sustainable energy future for all our sakes.

Concerns about the environment are not limited to climate change. Our physical, mental and spiritual health is greatly affected by our connection to the natural world around us. But we don’t see the environment as a resource just for our own benefit – we see that nature is valuable in its own right.

We want to make sure that our air is clean, our water safe to drink and our food healthy. We want to protect our precious wildlife and preserve their natural habitats. We see that our ancient forests and woodlands have a value that is greater than the timber that can be cut down.

If elected I will work hard for a ban on the bee-killing neonicotinoid insecticides. It’s simple biology – if we kill all the bees, they won’t be able to pollinate the flowers and blossom, and then where will we be? The rest of the EU want to ban them – why has the Conservative government been trying to stop the ban?

I will also vote against any attempt to bring back the cruel practice of hunting foxes with dogs.

We also have a choice about who we want to represent us in Parliament and to the rest of the country. The people of Monmouthshire are kind and compassionate. They want the vulnerable to be protected and supported. They see the beauty in our natural environment and want to preserve it. They value the relationships with have with other countries. They need an MP who reflects those values, those aspirations. Since the last election, David Davies has shown himself to be a heartless MP who is out of touch, playing politics with people’s lives. It’s time for a change, for some common decency, for forward thinking, for a green and brighter future.