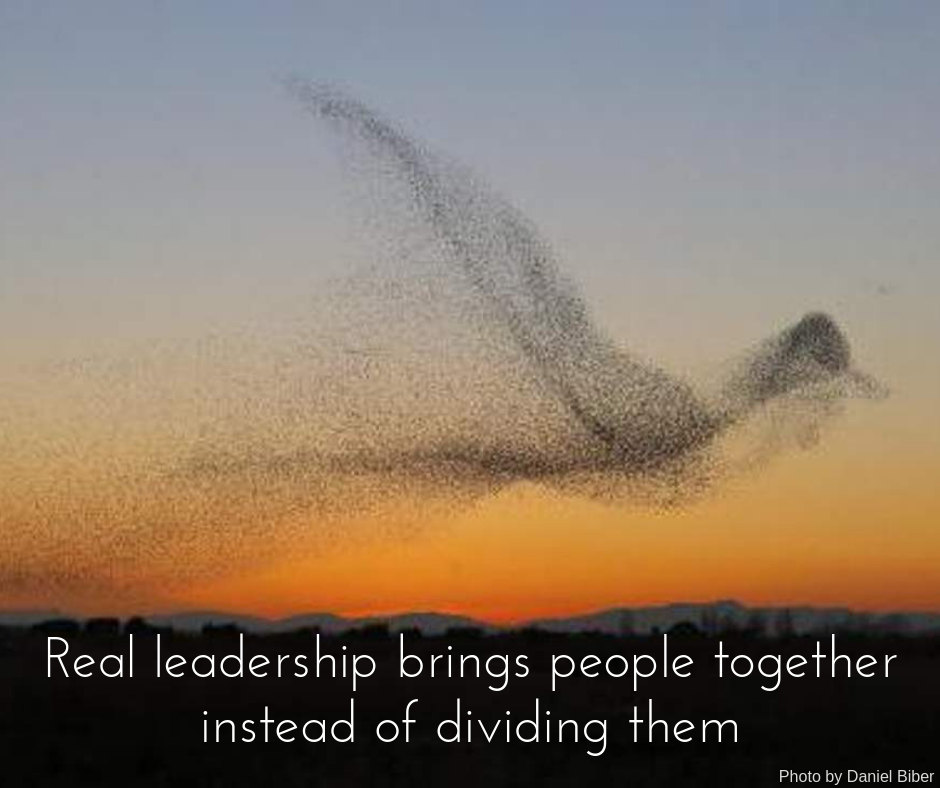 Nothing has been so divisive in modern British history as Brexit. And when our country needed strong principled leadership to heal the wounds of the referendum, we have been let down by those whose priority was establishing their positions in their parties. Leadership has been confused with authority. Strength has been given more value than understanding. As a result, more than two years after the referendum, our country is more divided than ever. The opinion of the party conferences is seen as more important than the views of ordinary people and the health of our society.

It didn’t have to be this way. Let us imagine the speech of a true leader the morning after the referendum of 23rd June 2016:

“To my fellow citizens of the UK and of Europe. The votes have been counted and it is the preference of 51.9% of voters that we should leave the European Union. As we take pride in our democratic traditions, we shall respect that result and start the process of separation.

However, it was also the preference of 48.1% of voters to remain part of the EU. Democracy does not mean disregarding the hopes and needs of minorities – it is incumbent upon those elected to govern for everyone, not just the majority. Furthermore, this is a decision that will impact on future generations and we need to take their interests into account.

So it is our challenge, one that we take up willingly and with honour and humility, to navigate these rocky waters and negotiate an outcome that, as best as it can, meets the needs of everyone in our country. Because for Britain to be prosperous, we don’t only need a strong economy but we also need a strong society. A society whose foundations are mutual respect and understanding, a society that values our differences and cherishes what unites us.

When I say negotiate an outcome, I don’t mean negotiating with the EU. Before we go to Brussels, we need to be clear on what future relationship we want with them and what direction we want our country to go in. That means negotiating with different groups in the UK, bringing people together, seeking understanding of each other’s positions and trying to forge a consensus that heals our divisions.

In the course of this referendum, we have heard many strongly expressed views.

We have heard fears that immigration is putting pressure on jobs, housing, health and education. But we also heard how much people value the social and employment opportunities offered by the free movement of people across the European Union.

We have heard that many feel that they have very little influence over the decisions that affect them, decisions being made by people that are remote and out of touch with the realities of day to day life. And yet we have also heard from others how important it is for our mutual peace and prosperity that these decisions are made fairly and jointly, so that we have a level playing field across our common market.

We have heard some say that there is too much red tape, too many restrictions, while others fear us losing those regulations that protect our safety, our environment, our employment rights.

So as we leave the EU, we need to find a way of bridging those gaps, addressing those genuine concerns while retaining, as far as possible, the benefits that are valued so much.

I can assure you that we hear you, whichever way you voted.

We hear you, and we pledge to ensure that more homes are built and to invest more in our schools and the NHS.

We hear you, and we pledge to ensure that the minimum wage is a real decent living wage, high enough that there is no incentive for employers to bring in low paid workers from overseas. And we will ensure that our public services have enough money to pay that living wage.

We hear you, and we pledge that we will reform parliament so that MPs are truly accountable to their constituencies and have to listen to your views. We will be more transparent in what decisions we make in Westminster and, while we are still in the EU, how we vote in Brussels on your behalf.

Governments are elected to make decisions on our behalf, but we only elect them for no more than five years at a time. But some decisions will reverberate for generations to some, and when we make those decisions it is incumbent upon us to build a consensus on the direction to be taken, even if there are differences in the details.

So today I am announcing the establishment of a cross-party Commission for the Future that is charged with developing our negotiating position with the EU. A position that is founded on our shared values and traditions, based on mutual understanding and respect. A position on the way forward that is as near as possible a consensus between left and right, between the young and the old, between North and South, between England, Scotland, Wales and Northern Ireland, between leavers and remainers.

Even though we have decided to leave the EU, our lives, our economy and our future are inextricably joined with those of our European neighbours. We still need to cooperate on security, on trade in goods and services, on protecting our shared environment. And so we want the new relationships between our governments to be strong and productive, and we want the friendships between our peoples to be close and lasting.

To this end, I can make one further pledge. To all those citizens of other European countries who are living and working here legitimately, I invite you to stay and continue to be a valued and welcome part of the mosaic that is a modern and successful Britain. I make this pledge willingly and without preconditions, and with every hope and expectation that our European neighbours extend the same hand of friendship and guarantees to British citizens currently living and working in their countries.

We have all been battered and bruised in this referendum campaign. It is the very nature of referendums to divide us – the system demands each side to make claims and counter-claims that will bring people to their way of thinking, dismissing all alternative viewpoints. But now that the referendum is over, then so must the attacks end. We need to let go of the rhetoric and learn again how to listen to each other. Some will find that a challenge and will see this speech as a betrayal, but it is my belief that the overwhelming majority want us to heal the wounds of the last year. It is down to all of us, politicians and citizens alike, to reach out to others, to rebuild our communities, to be the very best that we can be”.